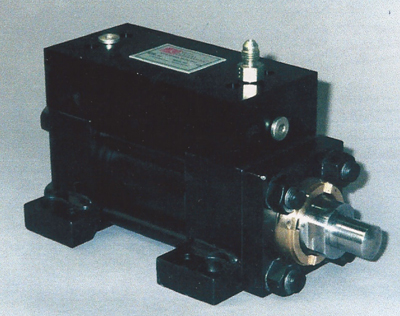 Typical Applications
The 1206 Industrial Damper System has proven itself in the paper industry for over 15 years in North America and Europe. An Industrial Damper is placed against each end of a calendar roll or yankee roll where the normal roll position presses the damper piston to half of its 1.75 in stroke. Machine users report decreases in resonant vibration which has allowed machine speeds to be increased by up to 30%. The 1206 Industrial Damper System will decrease machine vibration and allow increased throughput in any application where machine performance is being limited by resonant responses in the 1-100 Hz range. Lightly damped machines such as paper and plastic film production are the best candidates.

Theory Of Operation
The Industrial Damper System reduces vibration in industrial machinery by applying high levels of damping forces over the frequency range of 0-100 Hz. 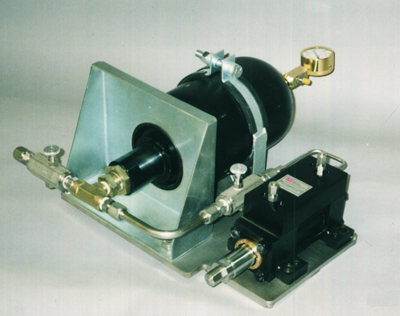 This is accomplished by using a forcing oil, maintained at 1000 psi by a nitrogen/ oil accumulator, through a complex set of precision orifices when the machinery begins to vibrate at resonant frequencies. The force which is generated within the Industrial Damper is 90 degrees out of phase with the motion and, being proportional to velocity, is a pure damping component. This damping force reduces the resonant response of structures by factors approaching 40 db. The following graph shows typical damping values when the Industrial Damper System is applying between 500 and 2000 lbs of dynamic force against structures. 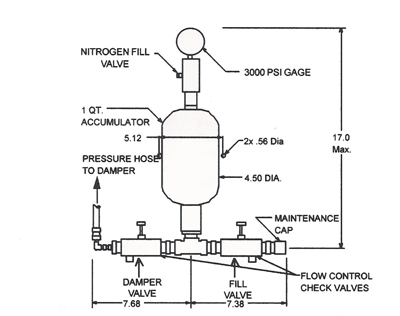 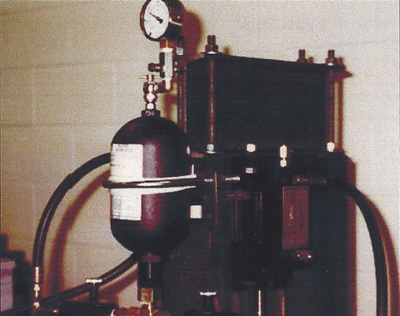 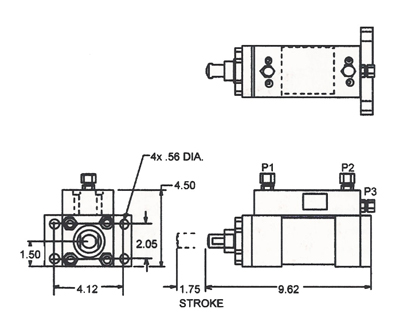 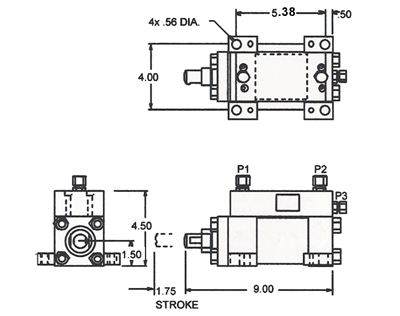 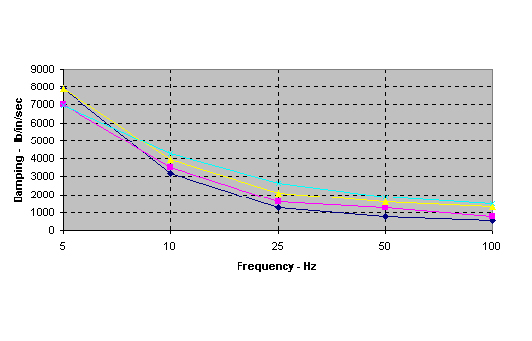